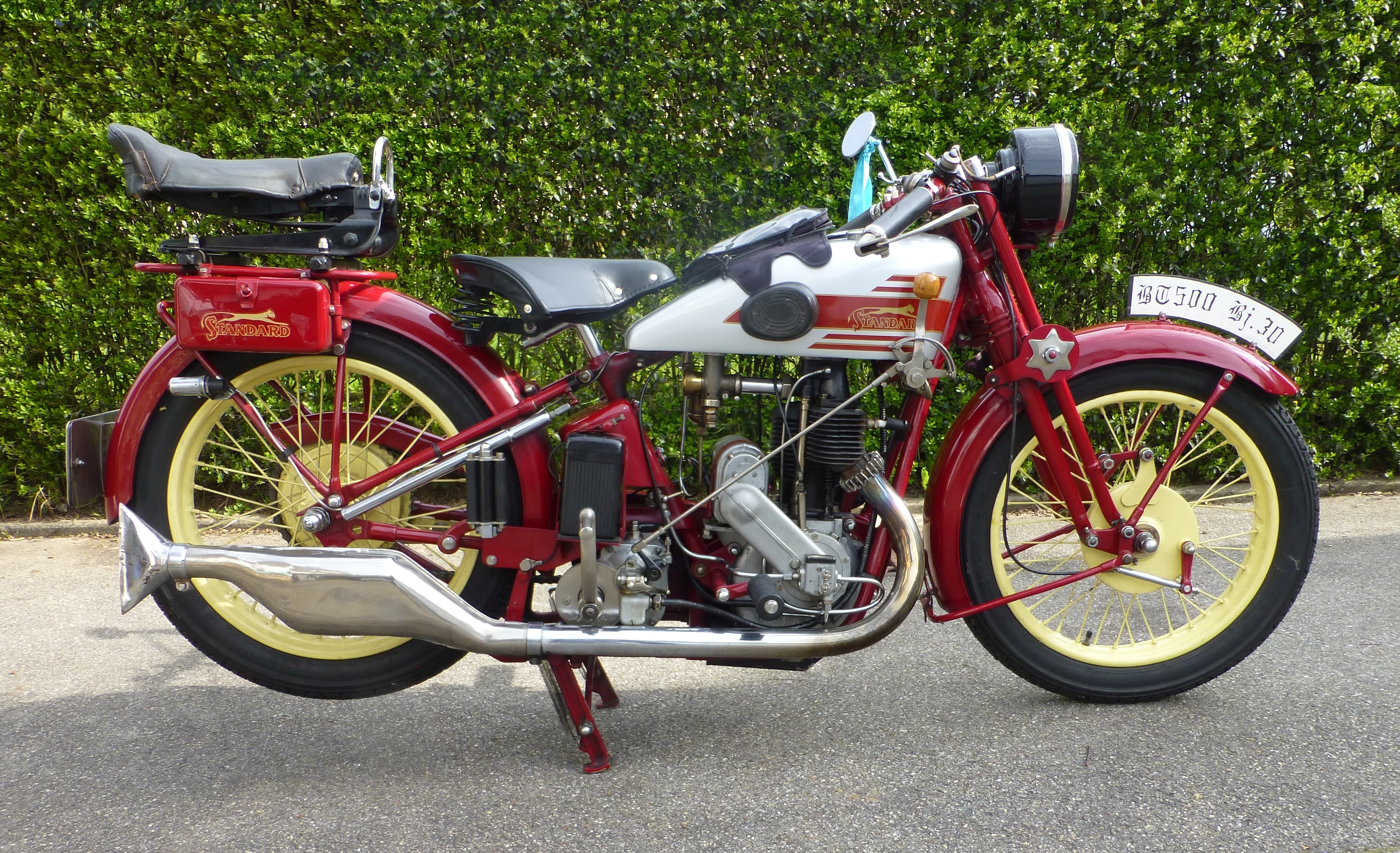 Tours through Switzerland are very popular among motorcycling holiday-makers. It is less well-known that there used to be far more than 50 motorcycle brands in Switzerland. A special exhibition of the General Motorcycling Sports Club Leonberg at RETRO CLASSICS® STUTTGART 2020 could change this (Hall 8).

The topic is particularly fascinating "because most manufacturers disappeared in the economic crisis of the 1930s, or no later than in the 1950s," says Thomas Schmid of the AMSC. "It was fun doing research into this. Many of the motorcycles hadn't been seen before."

A main focus of the exhibition is on the probably most important Swiss motorcycle manufacturer, Motosacoche, which was founded in 1899 in Geneva. Thanks to high-quality manufacturing and several sporting successes, the brand was able to assert itself on the European motorcycle market for a long time. In Stuttgart, among other things the replica of a "Franconi" factory racing motorcycle from 1926 can be seen. "Only fragments of the original were preserved," explains Schmid. "A few experts created a replica of the motorcycle according to old plans which was identical to the original right down to the bolts."

Cult status among connoisseurs is also enjoyed by Moto Reve from Geneva, which in its time was one of the most progressive motorcycle manufacturers in Europe, and up until the mid-1920s even had branches in Great Britain, France, Italy and Australia. Schmid: "There are still about fifty of these motorcycles worldwide. From a collector in the Palatinate, we are getting eight to ten examples!"

In addition, there will be another roughly 20 motorcycles largely of unknown brands from the Swiss Museum of Transport in Lucerne, as well as a representative of modern Swiss motorcycling construction, a racing motorcycle from the company swissauto produced as an exclusive small series in 1996/1997. On top of all this, we can look forward to seeing a prominent Swiss person in the flesh: Racing veteran Adolf Hänni, the fastest sidecar pilot in the world.

Modern mobility started with the bicycle – the running machine invented by Freiherr (Baron) von Drais. To celebrate this occasion, in its anniversary event in 2020, RETRO CLASSICS® STUTTGART will for the first time present a special area for so-called retro bicycles – fine bicycles in nostalgic vintage chic, but with modern bicycle technology (Hall 7).

RETRO CLASSICS® STUTTGART is the world's largest trade fair for driving culture and was chosen as the "Show of the Year" in the Historic Motoring Awards in 2018. Lovers and collectors of historic automobiles, marque representatives and members of relevant historic and classic car clubs have long regarded this international platform as a must-attend event at the start of the historic and classic car season. On a total area of around 140,000 square metres, the unique concept impresses with its comprehensive range of historic and classic cars, youngtimers, NEO CLASSICS®, US cars, historic motorcycles and commercial vehicles, as well as with its first-class accompanying programme, a huge vehicle selling market and highly interesting special shows.

Further information and photos relating to RETRO CLASSICS® STUTTGART can be found on the Internet at:www.retro-classics.de

Cookies facilitate the use of our services. By using our services, you agree that we collect cookies. More information